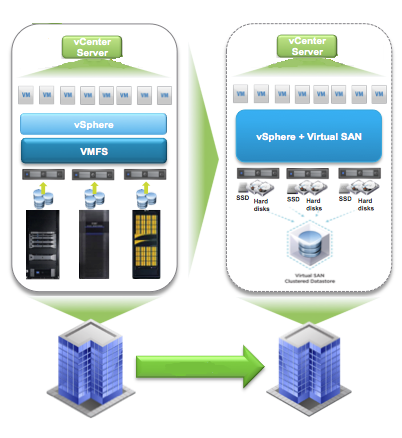 Recently, I have been engaged in multiple deployments for customers trying to move out from their traditional datacenters to a VMware-based hyper-converged infrastructures. HCI and especially VMware VSAN brings a lot of benefits to customers such as:

And off course, the most question they ask is how we are going to migrate workloads to VSAN with the minimal introduced downtime to their production line of business. In this blog, we are going to talk about the different available ways to perform the migration and the relevant use cases for each one.

The following table summarizes the common methods that can be used to perform the migration. We will then demonstrate briefly each one.

Again, every method has its pros and cons but depending on your vSphere licensing model, your infrastructure available hardware, your amount and size of workloads, inter-site connectivity bandwidth, and how much you can accept a workload downtime, you can select the best way to perform this migration.