Introduced in vSAN 6.1, stretched clusters can be used in environments where disaster and downtime avoidance is a key requirement. It protects virtual machines across data centers, not just racks.

A stretched cluster extends across the following sites:

A vSAN Enterprise license is needed to build a vSAN stretched cluster. 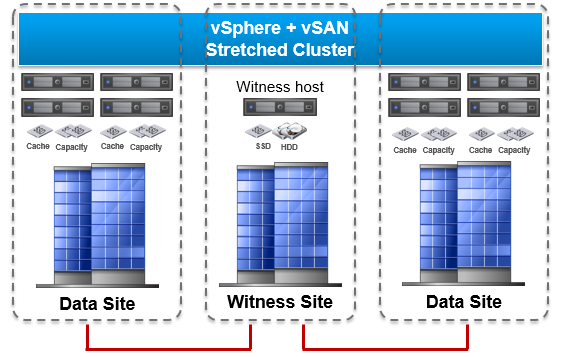 In this post, we are going to demonstrate different failure scenarios that may occur in a vSAN stretched cluster with the impact in each scenario.

Stretched clusters use heartbeats to detect site failures. It designates a master node on the preferred site and a backup node on the secondary  site to send and receive heartbeats.

Heartbeats are sent every 1sec: 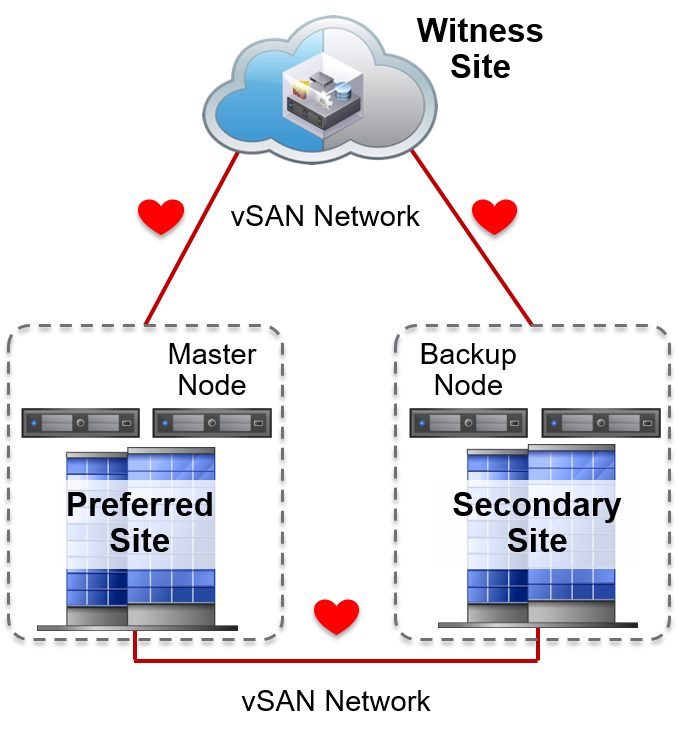 If a data site fails, vSphere HA will kick in and restart VMs running on that site on the other data site as a quorum majority (one data site + one witness site) is still available. 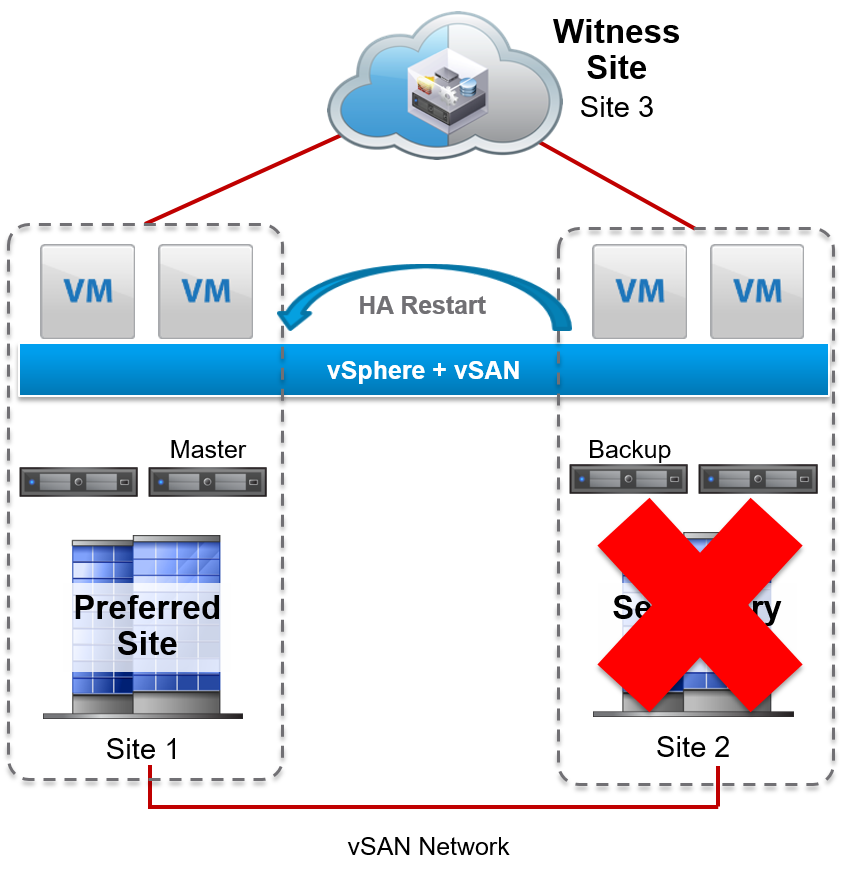 Failure of a Single Host in the Data Site

If multiple hosts  exist in a data site, then vSphere HA fails over the virtual machines on the failed host to other hosts in the same site.

If the site contains a single host, then vSphere HA fails over the virtual machines to a host on the remaining data site. 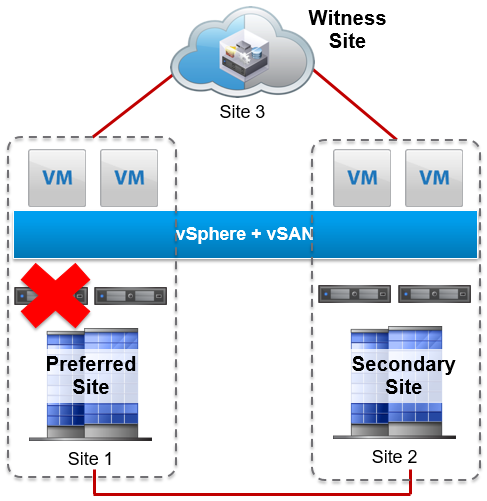 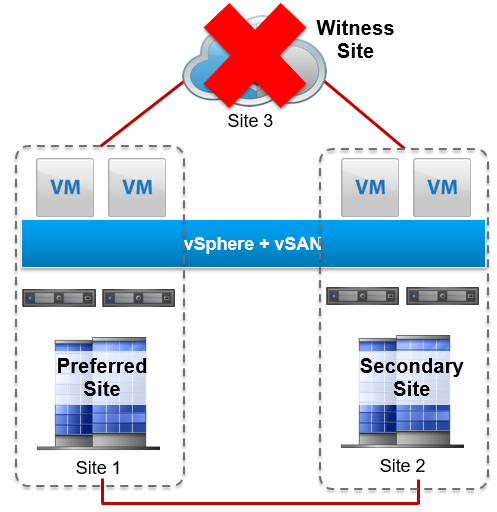 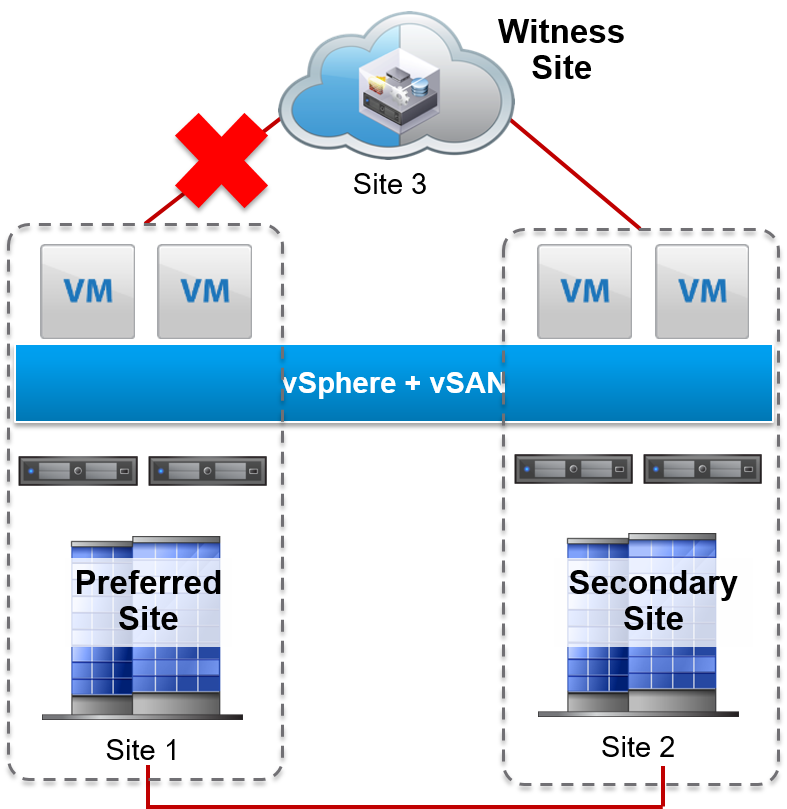 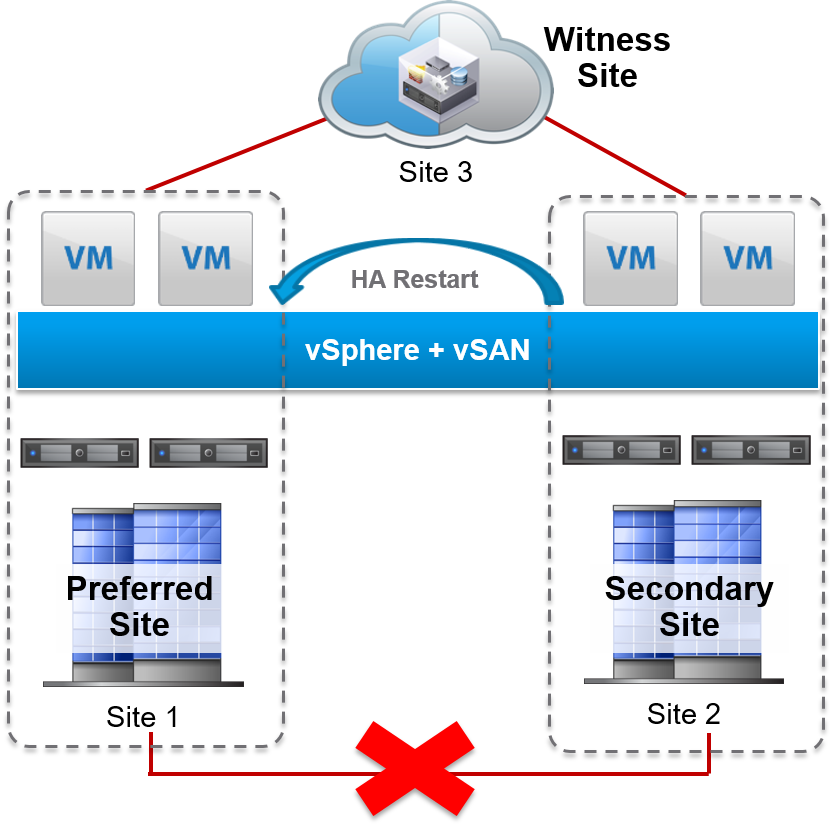 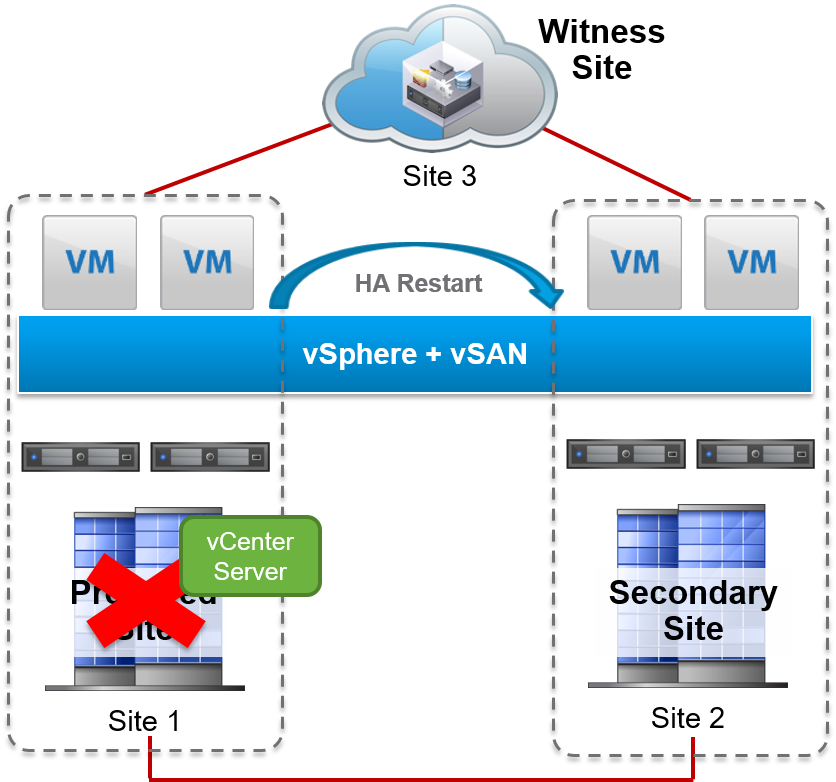 If a drive fails on one of the hosts in a data site, then the virtual machines continue to run without interruption:

If local redundancy is configured the local components will continue to be used to satisfy reads. 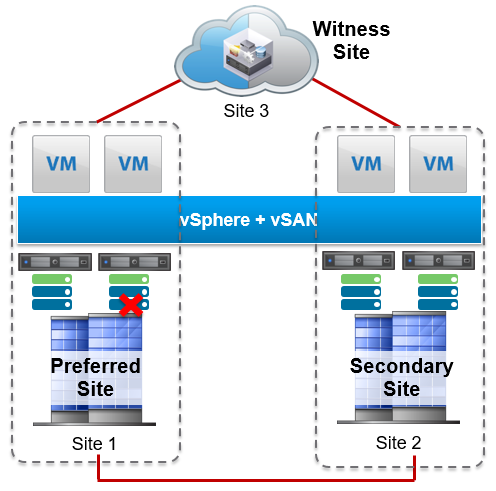